michael wolf – life in the city

michael wolf’s photography is that of an outsider. born in germany, raised in the united states and canada, returning to germany to study photography before spending the vast majority of his career in asia, his work defies categorization. what distinguishes him from others is his acute ability to find the symbolic value in those seemingly insignificant details that so often go unnoticed. from this perspective, wolf has been able to produce a body of work, which deals with the more universal reality of contemporary city life.

wolf began his career as a photojournalist, spending over a decade working in asia for the german magazine stern. while shooting his final story for the magazine, “china: factory of the world,” he discovered the seeds of his first major art project. wolf developed the idea around plastic toys, a fascination of his since they were off limits to him as a child. over a period of one month, he collected over twenty thousand toys “made in china,” scavenging through second-hand stores and flea markets up and down the california coast. he transformed this vast collection into an installation, the real toy story, which integrates portraits of workers in china’s toy factories into a series of walls covered entirely in plastic toys of all kinds. the result is an overwhelming, immersive experience; a graphic representation of the gargantuan scale of china’s mass production and the west’s hunger for a never-ending supply of disposable products. the gazes of the factory workers humanize this anonymous ocean of toys and invite us to reflect on the reality of trade in a world of consumer-driven globalization. many of the characteristics of wolf’s work were already present in this first project: obsessive collecting, a recognition of the symbolic power of the vernacular, the combination of both macro and micro perspectives, and the ability to use a specific subject or focus to document the broader transformations of urban life.

in his best known series on hong kong’s highly compressed, often brutal architecture, architecture of density, wolf uses the city’s sky-scraping tower blocks to great effect, eliminating the sky and horizon line to flatten each image and turn these façades into seemingly never-ending abstractions. beyond the stark beauty of these compositions, wolf’s studies of the thick concrete skin of the city make us wonder about the thousands of lives contained within each frame. although hong kong is all but deserted in these images, minute signs of life creep to its surface… a shirt hanging out to dry or a silhouette behind a blind. despite the stifling compression of this architecture, wolf’s compositions are laced with evidence of people’s ability and need to express their individuality within these formal structures.

the formalism and deadpan approach of architecture of density echoes the work that emerged from the dusseldorf school of bernd and hilla becher. like the work of andreas gursky or thomas struth, wolf’s photographs reveal a desire to document and connect with the world around him, but with a contemporary visual approach. contrary to the lyrical drama of ‘classic’ documentary photography, these images are coolly detached from their subject and the photographer’s presence behind the camera is barely perceptible.

this work on the architecture of hong kong can also be linked to the new photographic approaches that emerged in the late 1960s and 1970s in the united states. the landmark 1975 exhibition, new topographics: photographs of a man-altered landscape, brought together a group of photographers who, in the sprawling post-industrial landscapes of the new american west, found a mirror for the transformation of the structure of american society. in the same way, wolf found his inspiration in hong kong and china, places where ever-shifting cityscapes provided him with constant stimulation and the opportunity to document the many faces of this emerging superpower.

however, contrary to many of the new topographics photographers, wolf is not a ‘pure’ photographer of landscape, as is evident from the diverse body of work that he has produced in china. he lays out his multi-layered approach in his books hong kong: front door/back door and hong kong inside outside. in the hong kong back door series, he carves out fragments from the city streets: from workers’ gloves drying on a spiral of barbed wire to the chaotic labyrinths formed by plumbing and ventilation pipes. by focusing on these seemingly insignificant details, wolf succeeds in capturing the beauty of the vernacular while simultaneously illustrating china’s concern with functionality over form. although people are almost entirely absent from the series, the barely perceptible traces of their existence present in architecture of density take center stage here. in one image, a single red rubber glove placed on top of a metal pole lays claim to this territory like a flag planted in the ground: a symbol of the space being reclaimed by the city’s inhabitants. with images like this one, wolf sheds light on the seams of the city, the zones where the lack of private space forces the city’s inhabitants to reclaim public space to fit their basic needs.

in hong kong inside outside, wolf pairs the architectural abstractions of architecture of density, with 100×100, a study of one hundred interiors in one of hong kong’s oldest housing complexes. titling his series 100×100 as each apartment in the complex measures exactly one hundred square feet, wolf uses a typological approach, adopting the same vantage point for each image, once again evoking the approach of the bechers and the new topographics. however, in stark opposition to the distance and formalism of wolf’s architectural photographs, these images have a quasi-journalistic style. although the inhabitants of these spaces are present in each image, it is not so much their portraits that are striking as the extraordinarily diverse environments that they have created for themselves in these standardized spaces. together with hong kong back door, the series highlights the ingenuity and adaptability of these citizens and their surprising strength within the confines of the city’s concrete shell.

in the series bastard chairs, wolf once again makes use of a basic facet of urban life in asia, revealing its symbolic power in relation to the life of the city. the chairs photographed in this series have been patched up, reconfigured, often repaired dozens of times. they provide a graphic illustration of china’s thriftiness and its devotion to maximizing productivity. however wolf’s attraction to these objects is not only driven by their social significance, but also by the unintentional “beauty inherent in used objects.” his images of these chairs, created purely to meet the functional need of sitting, celebrate the intelligence of their design and the beauty of their patina. the owners of these chairs do not appear and yet their presence is palpable in this extraordinary array of customized objects, each chair reflecting some aspect of its owner’s personality.

wolf once again explores china’s vernacular culture in the series real fake art. in this series, wolf focuses on the multi-million dollar business that has developed in china for copying major pieces of modern art, from francis bacon to andy warhol, principally for export to the west. these photographs show ‘copy artists’ holding their ‘fakes,’ which are often indistinguishable from the original. the work deals with the phenomenon of mass production within the increasingly democratized world of modern art, raising questions about the value of art in the age of mass reproduction and, as with the real toy story, evoking the cultural and commercial exchanges between china and the west. interestingly, it is this latter series that led wolf to undertake his first series of work outside of asia.

in 2006, when arriving in chicago to install the real toy story, wolf took the elevated train into the city at dusk and was struck by the transparency of its architecture. after having worked in asia for many years, wolf saw chicago as providing the opportunity to continue his study of city life in a radically different context. shooting from public rooftops over the course of several months, wolf adopted a similar visual approach to his architectural work in hong kong. however, the transparency and monumental size of chicago’s buildings give a very different result: the city is far less dense than hong kong, thereby creating a greater sense of depth to the images, while the transparency of its glass skyscrapers causes the life within them to seep out.

during the editing process for the series, wolf became fascinated by the glimpses of people’s lives visible through the windows of the buildings that he had photographed. he painstakingly scoured every inch of these cityscapes to find human details to pair with his architectural images, blowing these details up into highly pixelated large-scale tableaux. by juxtaposing the photographic equivalents of a microscope and a telescope, he provides an underlying tension: shot during the early days of the global financial crisis, the monumental size and sleekness of the buildings contrast with the fear and fragility on the pixelated faces of its occupants. in one of these magnifications, a man gives wolf the ‘bird’ from his window, presumably having seen the photographer perched on a rooftop with his camera. as opposed to the formal detachment of his early work,, images like this one begin to suggest the role of the photographer as a voyeur, which wolf acknowledges with a dramatic image containing a homage to hitchcock’s rear window.

these issues of voyeurism and privacy-of crucial importance to modern society and to the practice of photography-are a major component of wolf’s recent work, paris street view. in this series, the photographer used google’s online database of street view images as the raw material from which to shoot his own photographs. using google’s universal interface, he navigates the french capital, cropping and blowing up isolated moments that are both evocative of the classic street photography of the 1950s, but which also transcend the distinctiveness of paris architecture to suggest an abstract, universal city. with this series, wolf raises questions about privacy in the modern city and highlights the double standards relating to governments’ attempts to regulate street photography while google is creating an unauthorized photographic map of the world. at a time when google is producing a virtually infinite number of images on a daily basis, wolf reasserts the role of the photographer.

with his most recent series, wolf moves away from the ‘objective’ detachment of his early work to question the role of the photographer within the city. this is perhaps most evident in tokyo compression. in this series, he aims his camera at captive passengers pressed against the windows of the crammed tokyo subway. the density is no longer architectural but human, as commuters fill every available square inch of these subway cars. as with architecture of density wolf uses a ‘no exit’ photographic style, trapping the gaze of the viewer within the frame just as the passengers are unable to escape the confinement of these temporary cells. the images create a sense of discomfort as his victims attempt to squirm out of view or simply close their eyes, wishing the photographer to go away. tokyo compression depicts an urban hell and by hunting down these commuters with his camera, wolf highlights their complete vulnerability to the city at its most extreme.

by using a diverse array of perspectives and visual approaches, wolf uses his camera to reveal the human energy that flows through the contemporary city. in so doing, he establishes himself not only as a photographer of the urban structure, but of the myriad ways in which people adapt to and reconfigure this rapidly changing environment, thereby providing us with a fascinatingly intricate portrait of life in the city. 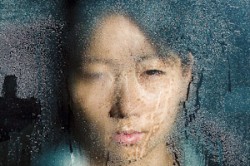 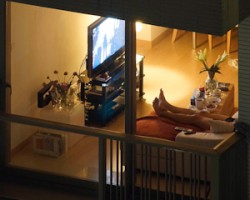 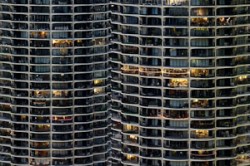 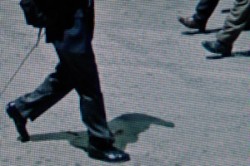 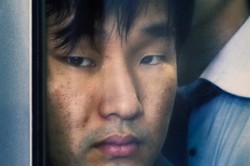 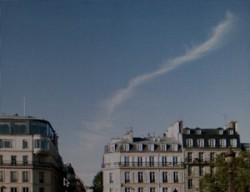 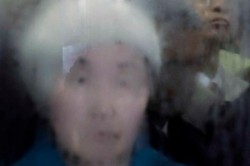 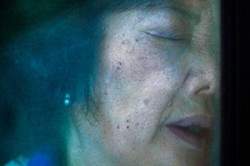 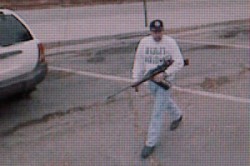 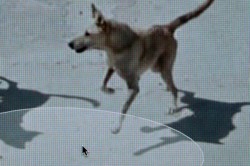 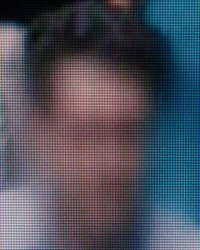 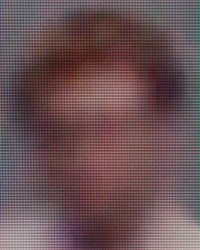 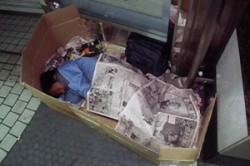 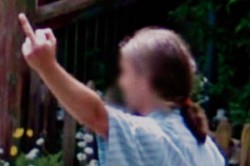 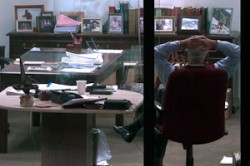 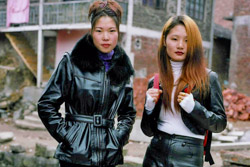 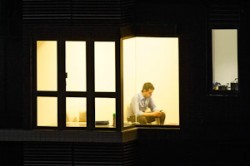 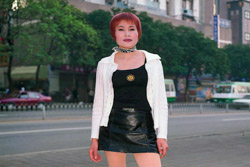 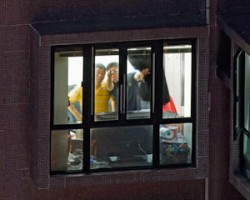